IoT: How to Implement a Hybrid Project?

As part of this month’s focus on hybridization, we will first look at a few issues related to the Internet of Things (IoT) project management in general and, more specifically, how an IoT fleet’s compute (processing power) can be used. In some fields, like artificial intelligence (AI), people often ask if it’s better to run machine learning models in the cloud or directly on our devices. This post will explain the basics of IoT project management in Azure and how to lay the groundwork for hosting an app that controls an IoT fleet. In Azure, there are different ways to handle projects with one or more IoT devices. These vary depending on the device type, the size and stage of the project, and how the company is organized, among other things.

As part of an IoT device project that Cellenza’s experts worked on, we chose the platform mode managed by the company’s IT team for the Azure backends. This bold choice, driven by the company’s organizational patterns, resulted in the IoT project management solution we are going to talk about in this article.

We use our global IoT platform in full continuous integration/continuous deployment (CI/CD) mode and via Azure DevOps. This platform is used throughout the company, so all IoT device projects we support share it. This platform offers the following Azure services, among others:

In the past, when IoT devices used these services in a free-running (uncontrolled) mode, the results were mixed, making them difficult to manage.

We have chosen to control this usage in our IoT projects.

Here is how the architecture has been simplified: 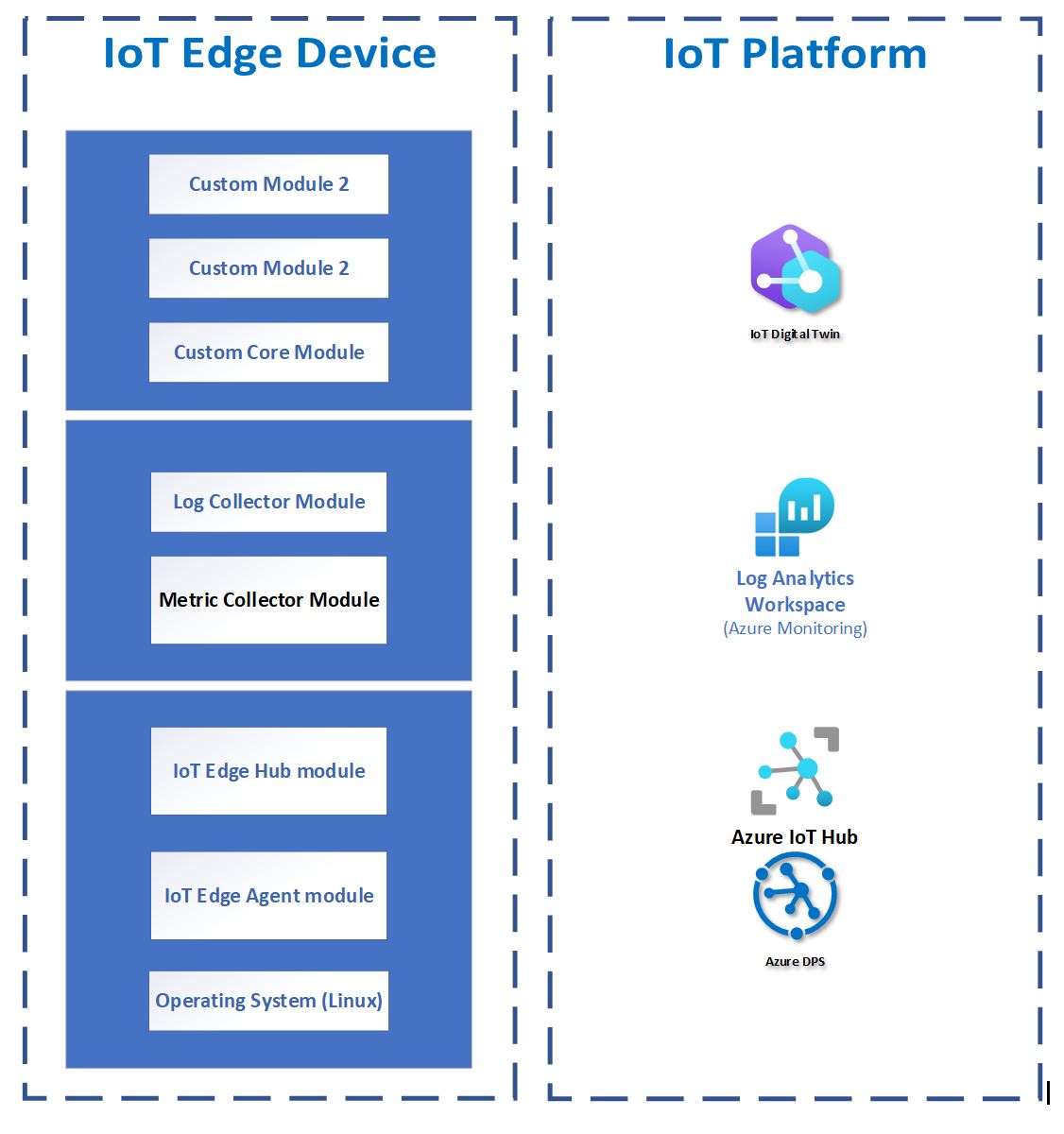 To standardize use of our platform, we’ve created a set of Git repository templates that developers can use to get up and running quickly and control their adoption of our global IoT platform. These GIT REPOs each have a Readme file with instructions on how to use them. They also manage the development, validation, and production environments. 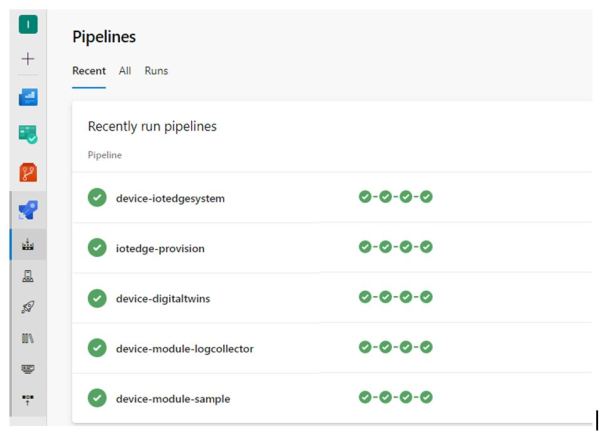 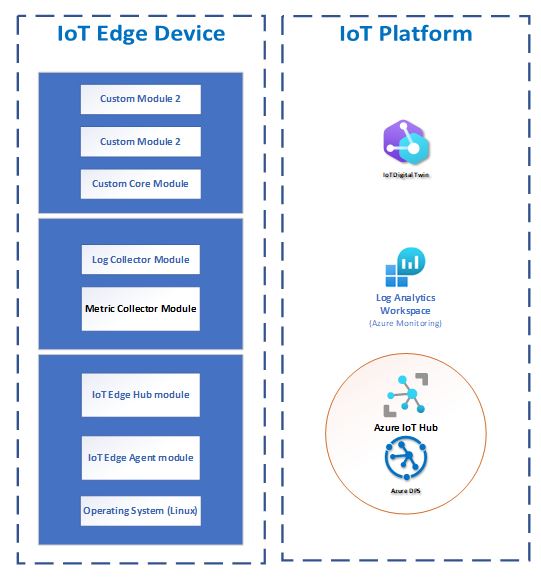 The REPO contains the Azure DevOps pipeline that allows the automated provisioning of a new IoT device with the data required for the seamless operation of the global IoT platform. 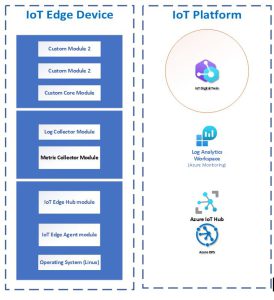 The REPO contains a simplified model of an IoT device in JSON format. It also provides examples of sensor models and the pipeline for deploying them in Azure Digital Twins. 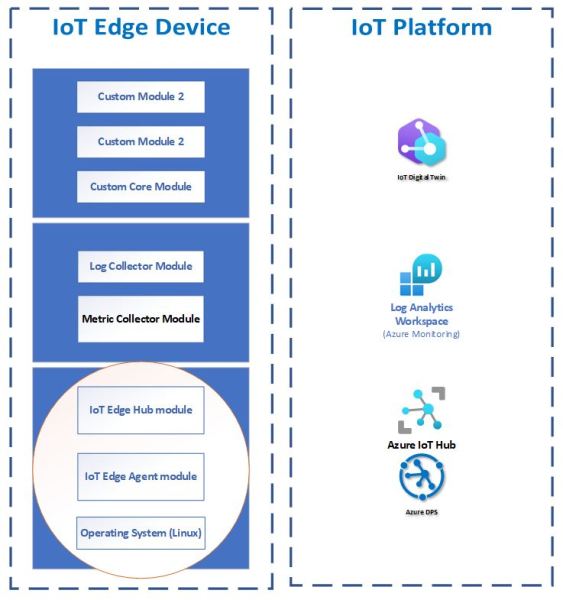 The REPO contains the scripts and configurations that a developer needs to compile an image that can run independently on an IoT device from a Rasbpian or Ubuntu image. The REPO provides 32 and 64-bit ARM and AMD configuration settings.

Once the pipeline is set up, it provides a link to download the generated image in .xz format. 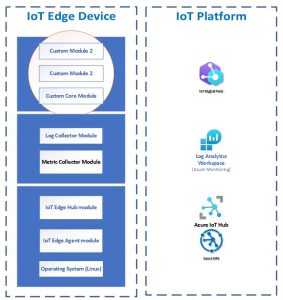 The REPO contains all the sources for a C#-built IoT Edge module, allowing developers to start creating a specific one quickly. The developer has to configure the installation of the Linux host driver files to interact with the IoT device.

The pipeline for deploying the manifest in the Azure IoT hub is also in the REPO. Once the IoT device is turned on, it will automatically set itself up based on the configuration deployed. It is then ready to use.

To start a new use case in an IoT device project, a developer must do the following:

Upon completing these steps, the device is activated with the selected modules, and the global IoT receives its telemetry data.

Now that we’ve set up the development framework for an IoT Edge project that we talked about at the beginning of this post, especially by solving the main problems with managing the code, packaging, and module releases in Azure, you can take this further by, for example, deploying an AI model that will run directly on the device without API calls. This way, you can avoid network problems like latency or unavailable servers. This makes your IoT products more responsive.

Interested in the subject? Read our posts our hybridization:

This posts should interest you
This blog post will look into Synapse Analytics data integration pipelines, so it can also be used as a reference...
Read more
When we develop a function or web API, we typically add logs to help us analyze errors in our code,...
Read more
Today we will show in this article how we could secure access to Swagger interfaces for ASP.NET Core applications with...
Read more
Cellenza’s experts are increasingly tasked with monitoring the activity of the ecosystem’s components during their various assignments. In response to...
Read more
Today’s post aims to answer the following question: How do you delegate user and device management to regional administrators within...
Read more
Post co-written by Guillaume David and Nicolas Sotty   Business requirements for sparse data management are growing due to the...
Read more
Comments
Leave a Reply Cancel reply